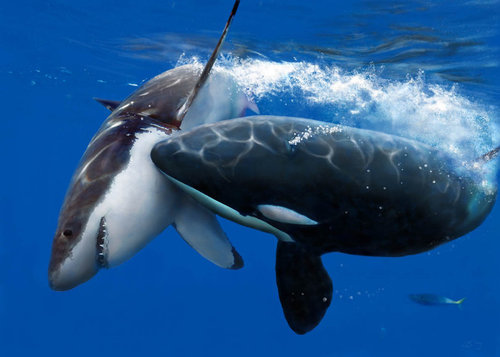 COCOS ISLAND (COSTA RICA) – Divers with the excursion company Undersea Hunter filmed something that not many of us will ever see off the coast of Costa Rica’s remote Cocos Island National Park. A tiger shark being hunted down by a group of orcas!

During the first week of September, the company spotted  this pod of orcas making its way past the island. But a whale’s got to eat, and Juan Manuel Camargo and Edwar Herreño caught the orcas on tape hunting a tiger shark near their boat.

Unfortunately orcas aren’t the only ones going after sharks in the protected waters around Cocos Island, 300 kilometers off the Pacific coast of Costa Rica. Shark finners regularly poach the animals from the world-famous waters for sale in Asia.