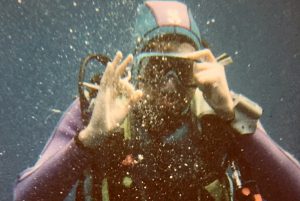 SharkNewz.com is founded by journalist Pieter Verbeek from the Netherlands, who ever since being a kid has been fascinated with sharks. A fascination that led him to scuba diving worldwide and seeing sharks in their own environment.

With this blog he wants to share his fascination for these amazing predators and at the same time help raise awareness that it is vital for oceans that we start protecting them. Approximately 100 million sharks are killed worldwid each year and some species are on the brink of extinction. With their slow growth and low reproductive rates, sharks are very vulnerable, and it is difficult for many shark species to replenish their populations as quickly as they are being diminished.

Luckily the image of sharks is changing. More and more people help spread the word, protected marine areas are formed and laws are changed to protect them. On this website you’ll read about shark conservation, about research and new insights, new species that have been discovered, but also about unfortunate encounters with these wild animals.