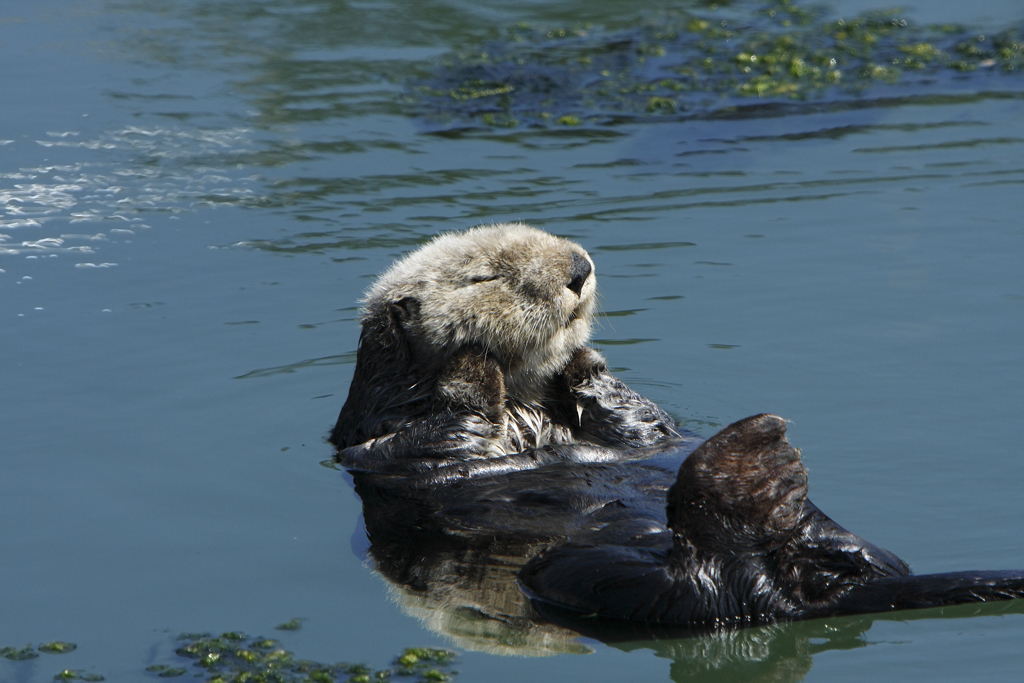 SUNSET STATE BEACH (USA)- A California sea otter killed by a great white shark. That’s hardly news. But this sea otter wasn’t your usual one. She was very famous. They called her Olive the Oiled Otter and she was a symbol for oil pollution and the value of washing and rehabilitating oiled wildlife.

Shark bites are currently the leading cause of mortality of southern sea otters, according to California Department of Fish and Wildlife (CDFW) on the famous otters’ own Facebook page. “We’ve documented an alarming increase in shark bite mortality over the last five years. As far as we know, white sharks don’t actually consume sea otters, but otters rarely survive the bite.”

Olive’s success in the wild after being oiled demonstrated She thrived in the wild and successfully gave birth to and weaned 3 healthy pups. On her Facebook the animal had over 5000 followers.

Olive first made headlines in February 2009 when she was found covered in oil on Sunset State Beach. A local team helped the 1-year-old otter recover by putting her in a pool of warm softened fresh water — a new protocol at the time. Olive’s fur regained its natural waterproofing much faster than it would have in saltwater, indicating this was a good method of treatment. CDFW documented the otter’s road to recovery on its Facebook page.

Mid-February was the last confirmed sighting of Olive. On March 22, CDFW received an email from a citizen who found her dead and decomposed. Biologists with the department said they found wounds on Olive that indicated she was bitten by a white shark.

She was about 7 or 8 years old when she was grabbed by the shark.