By: SharkNewz
In: Places to encounter sharks 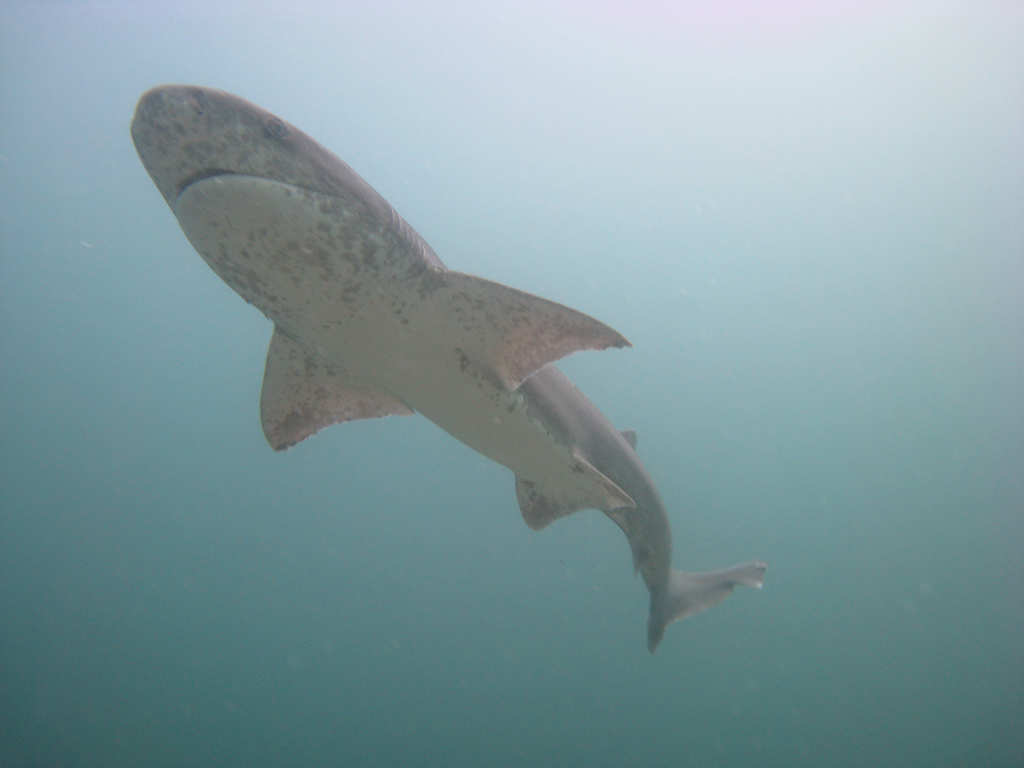 LA JOLLA (USA)- Amazing dive opportunities in California’s La Jolla Cove. Every spring and early summer the rare and mysterious seven gill shark appears from the deep in the shallow waters of the cove.

The near-threatened sevengill sharks, named for having seven gill slits on either side of their bodies, reach lengths of at least 3 m with an average length of 1.5 m. They weigh up to 107 kg and are known to live as long as 49 years. Sevengills are thought to reach sexual maturity when they reach 1.5 to 2.2 m in length.

Sevengill sharks live on or near the bottom of the sea, sometimes at depths of 570 m but usually with a typical depth of around 80 m. They are also regularly found in shallow waters. Smaller sharks are often sighted close inshore, in bays and estuaries. Sevengills are known to attack at great speeds when pursuing prey. Attacks on humans are not known.

See the footage of these beautiful sharks on CBS News 8.