BRUSSELS (BELGIUM)- Since february a group of citizens from across Europe united to demand the end of the shark fin trade in the European Union (EU) and increase the protection of sharks. The European Commission announced an extension of this Citizen´s Initiative called Stop Finning by 6 months. This comes in response to the difficulties in public campaigning and the collection of statements of support during the Covid-19 pandemic. This means the initiative now has time until July 31st 2021 to collect votes from 1 million European Citizens. Although this deadline seems to be long, it still means approximately 2.600 votes per day to reach its goal: to end the trade with shark fins in Europe.

That’s why Stop Finning calls out for help: talk to your friends and family and ask them to sign the Citizen´s Initiative #StopFinningEU. Follow them on Social Media @stopfinningeu (Facebook, Instagram, Twitter). Share and repost their postings to reach shark friends all over Europe. Start events to collect votes. You may also download the lists to collect votes on paper from the website and start collecting on paper.

Every year, between 63 and 273 million sharks die as a result of human activity. The exact numbers remain speculation, as there is a lack of reliable data and the worldwide number of unreported cases of illegal fishing is extremely high. Sharks are hunted worldwide, primarily because of their fins. These are eaten especially in the Asian region as shark fin soup. For this supposed delicacy, with a few grams of fins, up to 90€ are required. A lucrative business with huge profit margins at the expense of the sharks. The fins are often caught in a cruel way by “finning”. Finning means that the sharks’ fins are cut off alive. The animals are then thrown overboard because their meat is almost worthless compared to the fins. Without fins the sharks sink to the seabed where they suffocate, bleed to death or are eaten alive.

This business is also served from Europe. Since 2013, the so-called “Fins Naturally Attached” regulation of the European Union prohibits without exception the storage, transhipment and landing of all shark fins in EU waters and on all EU ships. The fins must remain naturally attached to the carcass when the ship is unloaded in port. The fins can then be separated from the animal and exported to Asia.

It is time to finally take consistent action in Europe to protect sharks and our oceans. SharkNewz fully supports this initiative. Therefore, we ask you to support this opportunity to rethink legislation in the European Union. 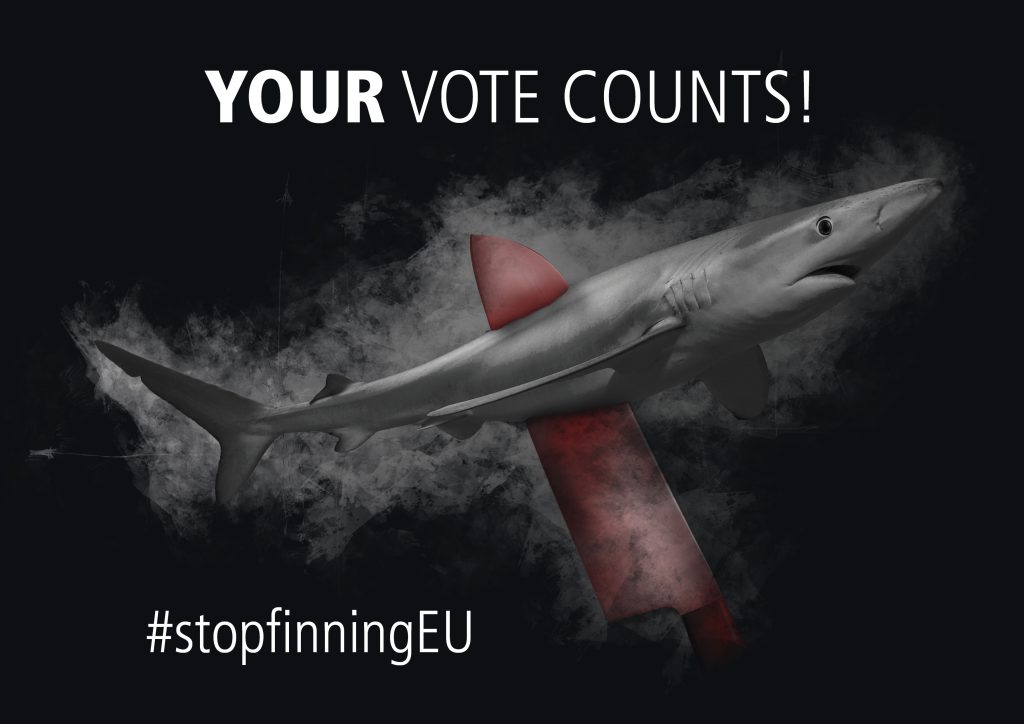