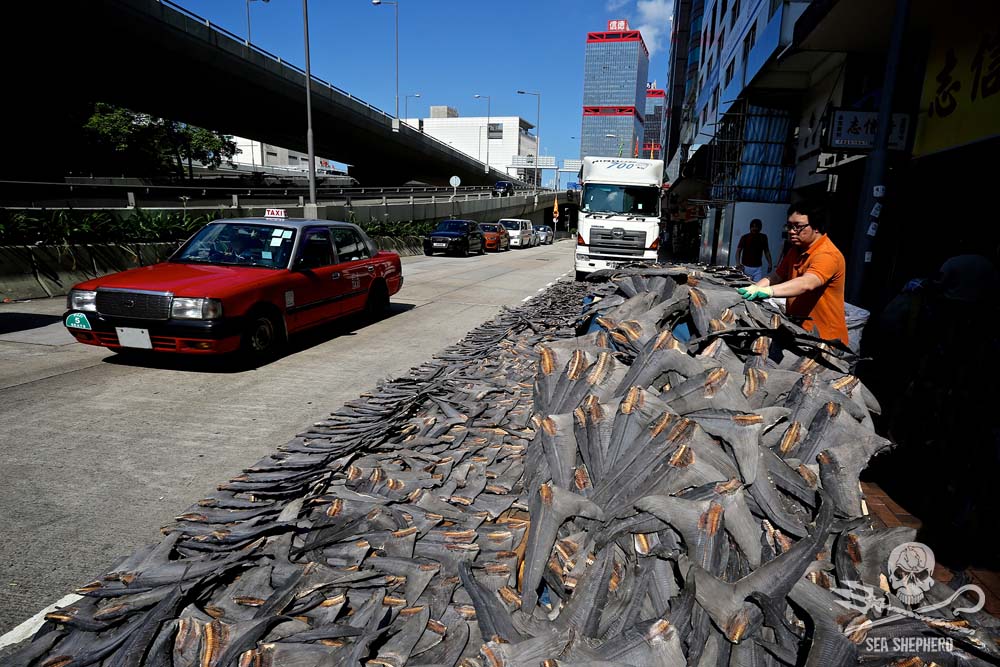 MACAU (CHINA)- Shark fin re-exports from Hong Kong to Macau rose a staggering 62 per cent in 2016. This is the first time re-exports to Macau exceeded those to mainland China.

According to the WWF,  Macau appears to be bucking the trend of decreased shark fin consumption in China, including Hong Kong, which is contributing to the decline of sharks in our oceans and a decline in ocean health,” said Dr Andy Cornish, Leader of WWF’s global Shark and Ray Initiative. “As a result, we are urging hotels and casinos in Macau to take shark fin off their menus, if this has not happened already.”

Tracy Tsang, Senior Officer, Oceans Sustainability of WWF-Hong Kong explained, “The oceans contribute US$2.5 trillion to the global economy annually, and support the livelihoods of countless communities. Demand for shark’s fin is draining the oceans of these key predators, which impacts the marine environment, a major food source for us. WWF-Hong Kong launched our ‘Alternative Shark-free Menu’ programme in 2010 and since then we have worked to educate caterers about the impacts on our marine ecosystem of eating shark fin and they in turn can educate their consumers through offering shark-free menu choices.”

70 percent of weddings in Macau have shark fin soup

Shark fin restaurants are common in Macau. Very similar to Hong Kong people, Macau people consume shark fin at traditional banquets. Mr. Tim Lau, General Manager at Take My Hand by Travel Expert said, “When comparing with Hong Kong, Macau is a more traditional city. Around 70 per cent of the wedding banquets in Macau are with shark fins. Hotels are one of the most important wedding banquet venues in Macau.”

According to WWF research, at least eight hotels need to stop serving shark fin in their restaurants to align with parent company policies. WWF urges hotels in Macau and in the region to take a leadership role to adopt a no shark fin policy.

Awareness of the environmental issues around shark fin consumption has been growing in Hong Kong and mainland China steadily over the past decade. According to WWF research, more than 18,000 hotels around the world*, including more than 550 in mainland China, now ban the sale of shark fin. However, more needs to be done to address the shark crisis.

Nearly 25 per cent of sharks, rays and chimera are facing extinction, according to a 2014 study led by the IUCN Shark Specialist Group, with overfishing for fins and meat being the major cause.