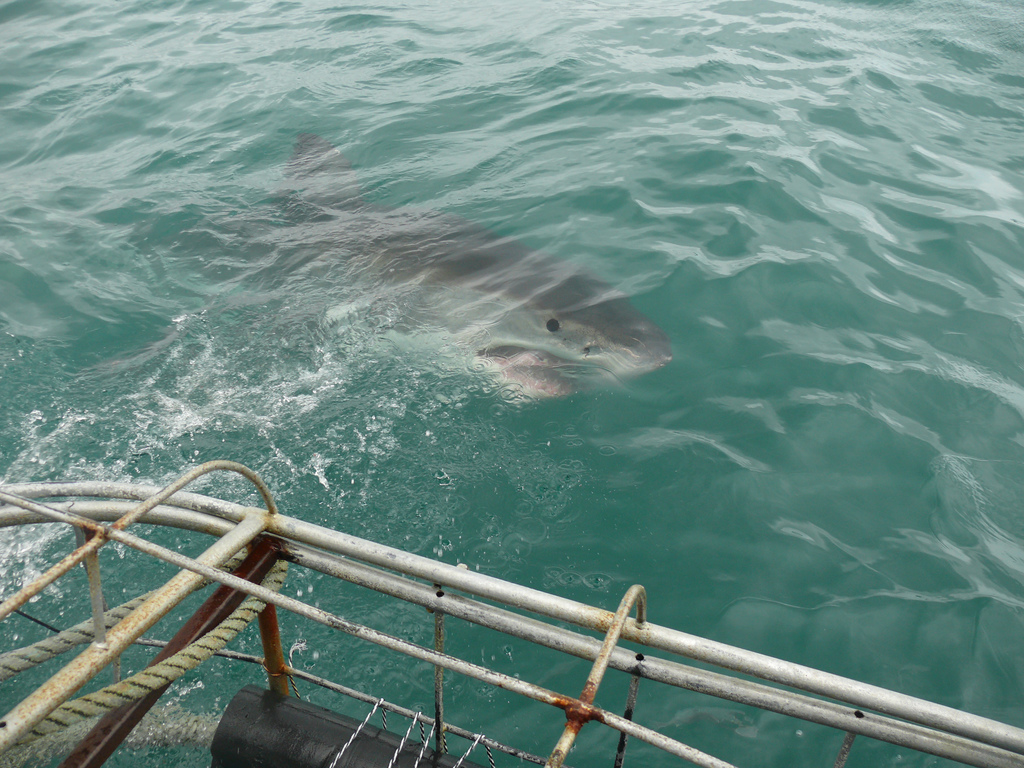 STEWART ISLAND (NEW ZEALAND)- ‘Stewart Island will become just like Amity Island, the fictive island in the movie Jaws, if the shark cage diving practices are not stopped soon.’ It’s a statement of the Kiwi political party New Zealand First. The diving tourism around the island is attracting more sharks to the waters and paua (abalone) divers are feeling more and more like shark bait.

The Department of Conservation has recently introduced new rules aimed at protecting both sharks and swimmers, limiting the tourist attraction to one particular spot. NZ First conservation spokesman Clayton Mitchell has called for a moratorium on the business until more is known about its impact.

“Humans are an endangered species too, and we should be taking into effect the concerns of not just the paua divers, but the residents down there and the visitors.”

The debate is hot. Today a public debate is organised on a a proposed moratorium on shark cage diving off Stewart Island. Touring shark experts say this will do nothing to figure out what impact the practice has on the local divers.

But Friends for Sharks co-founder Nicholas Curzon, currently in New Zealand with other co-founder and fiancée Kathryn Hodgson on a six-month tour raising awareness for sharks, says stopping the practice will do more harm than good. He says it is one of the best ways to do research is out on the shark cage boats.

Cage diving is also an important educational experience, which changes people’s perceptions of sharks and is also important to local economies, he says.

It’s also a huge educational tool, says Curzon to 3 News. It teaches people that great whites are, on the whole, very calm animals – cautious, quite careful and yet curious at the same time – and it really helps people overcome their fears of sharks.