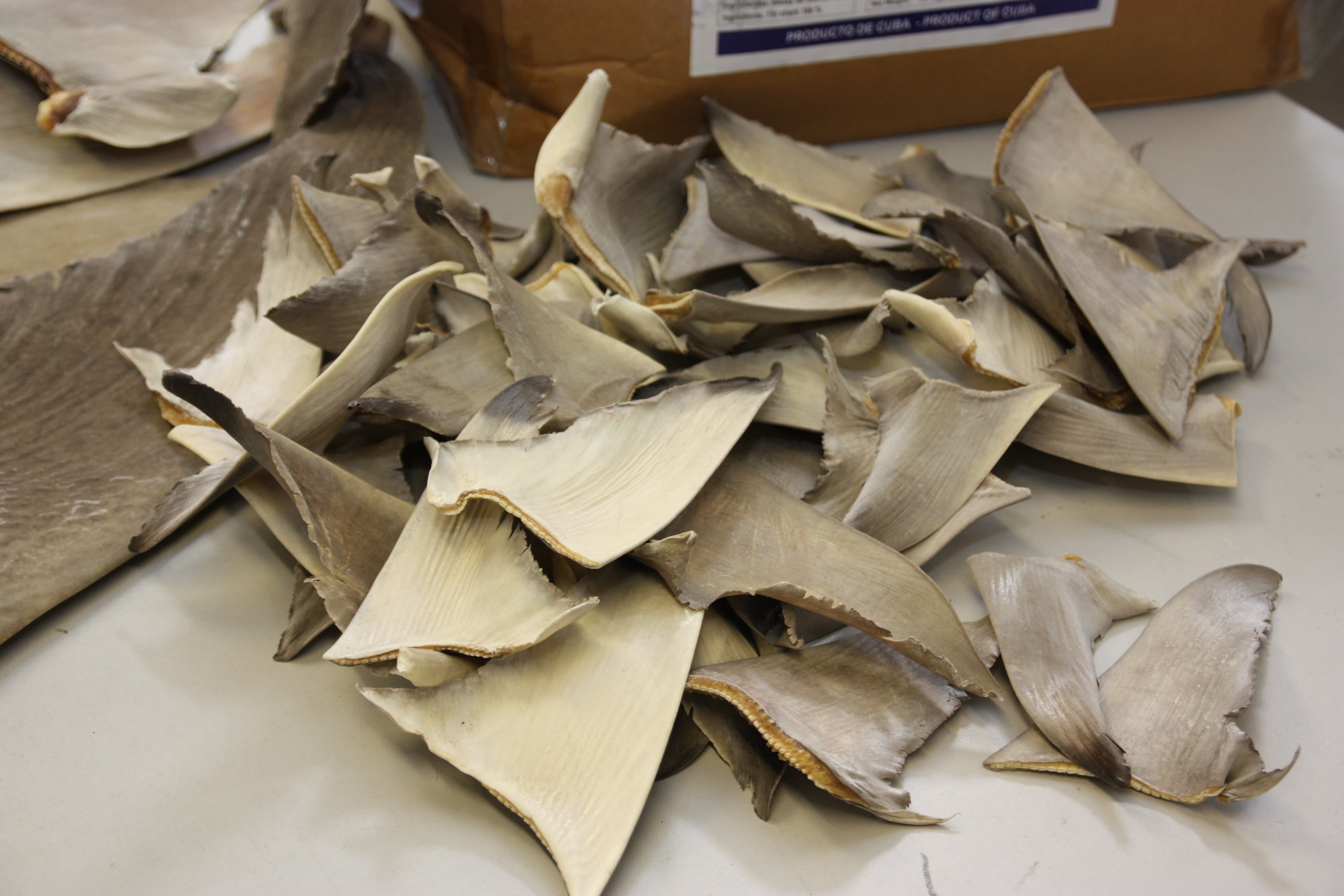 HONG KONG- For the first time, researchers have traced the origins of shark fins from the retail market in Hong Kong back to the location where the sharks were first caught. Great news! This will allow researchers to identify “high-risk” supply chains for illegal trade and better enforce international trade regulations. The focus in the research lies on Scalloped Hammerhead Sharks

And what turns out. The majority of researched fins are traced back to the Eastern Pacific, the coastal strip extending from Baja California to Northern Peru. Here scalloped hammerhead populations are listed as “Endangered” under the U.S. Endangered Species Act. The Eastern Pacific also includes famous island chains like Galapagos and Cocos where tourists go to dive with schools of scalloped hammerheads.

Marine Scientist Demian Chapman from Florida International University in Miami, led a team based in the United States and Hong Kong—the Special Administrative Region of the People’s Republic of China—to conduct DNA analysis on shark fins from scalloped hammerhead sharks (Sphyrna lewini). One of the most common and valuable species in the trade, these sharks face an increasing risk of overexploitation—and possibly extinction.

Many female sharks go “home” to a specific region to give birth. This makes it possible for researchers to identify where a shark was born from the DNA it inherits from its mother. This DNA is present in dried, processed shark fins. The team compared the DNA from fin trimmings collected from dried seafood shops in Hong Kong to a global database of genetic samples collected by scientists from all over the world and were able to determine where the sharks originally came from.

This study highlights the global nature of the fin trade and emphasizes the need for increased monitoring and better implementation of CITES regulations throughout the world, particularly in the Eastern Pacific. The research is supported by the Pew Charitable Trusts, The Pew Fellowship Program and the Roe Foundation. The findings were published this week in Animal Conservation.

Read more at Phys.org
Tweet
2020-05-04
Previous Post: Scientists at work: Uncovering the mystery of when and where sharks give birth
Next Post: Tiger shark crosses Indian Ocean