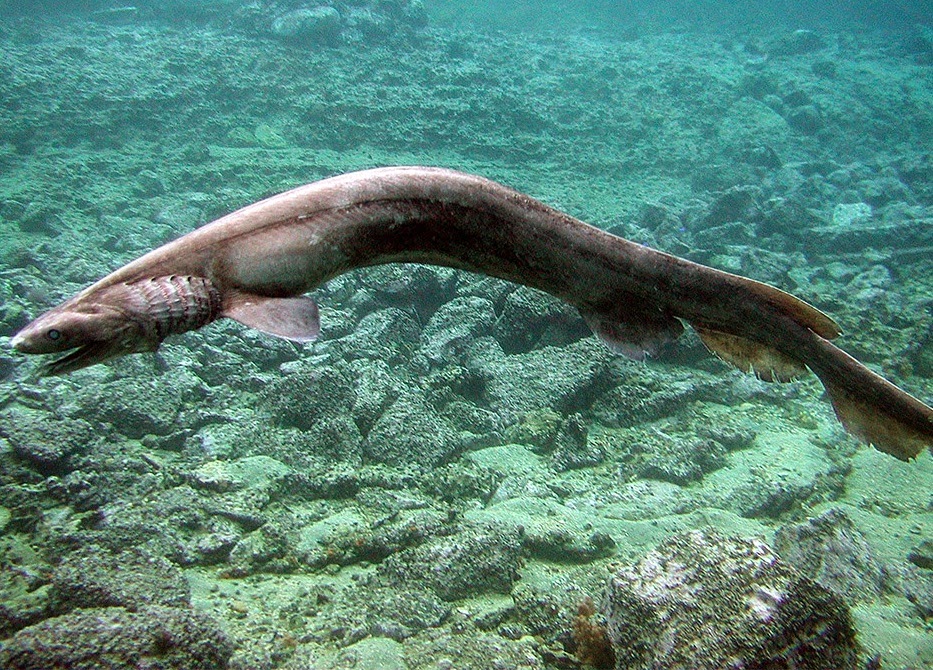 ALBUFEIRA (PORTUGAL)- ‘Living fossils’, ‘sea serpents’. Frilled Sharks are the stuff of legends. Not often do we come across them. One species was caught this week by a research trawler off the coast of the Algarve, southern Portugal, the Portuguese Institute for the Sea and the Atmosphere (IPMA) said in a statement.

The 1,5 meter larger shark, was a male and caught at 700 meters deep in waters off the resort of Portimao by a a commercial trawler, as part of an “initiative to minimise undesirable catches in European fisheries”.

The Frilled Shark is called a ‘living fossil’ because remains have been dated back 80 million years, making it one of very few species of such antiquity still around today.

The shark, which has a long, slim, snake-like body, is “little known in terms of its biology or environment”, according to the scientists, because it lives at great depths in the Atlantic and off the coasts of Australia, New Zealand and Japan. It is rarely caught, and even then examples do not often make it to research laboratories. There is also little footage of the shark in its natural habitat.

Professor Margarida Castro of the University of the Algarve told Sic Noticias that the shark gets its name from the frilled arrangement of its 300 teeth, “which allows it to trap squid, fish and other sharks in sudden lunges”.

The reporter dubbed it a “monster of the deep”, and it is true that Samuel Garman, the first scientist to study the frilled shark, thought its snake-like movements may have inspired sailors’ stories of sea serpents.

About ten years ago a living Frilled Shark was filmed in Japan:

More about the Frilled Shark.