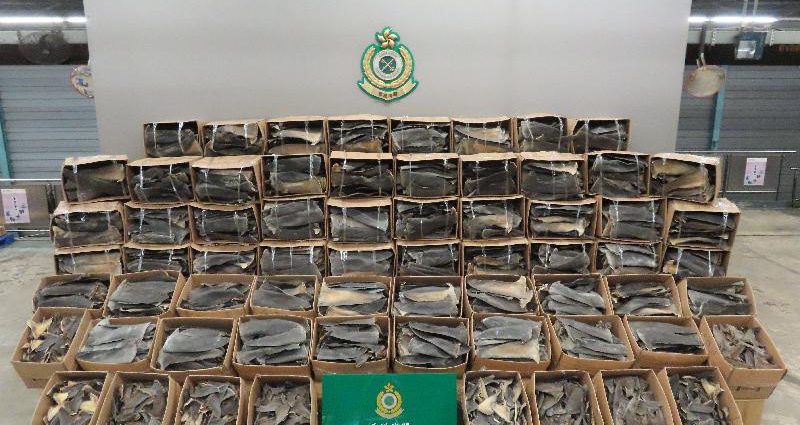 Both cases also broke the past record of similar cases counted in a single case by weight and value. Through risk assessment, Customs officers selected two containers arriving in Hong Kong from Ecuador for inspection and seized about 13 tonnes of suspected dried scheduled shark fins mix-loaded with non-scheduled shark fins inside each of the containers.

After follow-up investigation, Customs officers arrested a 57-year-old male suspect in Sai Ying Pun on April 29. He has been released on bail pending investigation. Investigations of both cases are ongoing.

Under the Protection of Endangered Species of Animals and Plants Ordinance, any person found guilty of importing or exporting an endangered species without a licence is liable to a maximum fine of $10 million and imprisonment for 10 years.

Source: press release by the Government of Hong Kong.