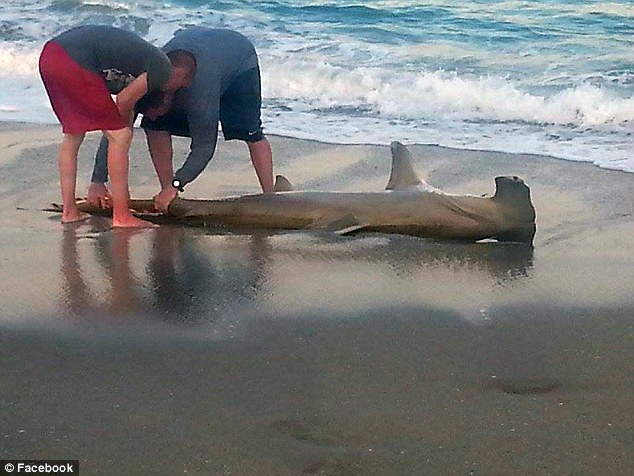 SINGER ISLAND (USA)- Florida’s Blacktip Challenge shark tournament is getting more and more criticism after a hammerhead shark was killed during its release back into the ocean Friday.

The famous three day fishing tournament at Ocean Reef Park on Singer Island already has been somewhat controversial and drew criticism from local beachgoers and lifeguards with safety concerns, according to CBS. Now animal rights activists and the Florida Fish and Wildlife Commission join in.

Attracting more sharks
The say the catch and release fishing challenge is doing more harm than good. According to shark experts the dead hammerhead is attracting sharks to the area as well as any fish that they used for the last three days to attract the sharks to the beach.

Baiting
The fishermen in the tournament use bait to draw the sharks near in an effort to catch, photograph, tag, and release them back into the water. Result: the coastal waters saw so many sharks in the area that lifeguards were forced to close the beach to swimmers for six hours.

Blacktop migration
The coast of Singer Island sees more sharks this time of year than any other because of the Blacktip shark migration. Thousands of Blacktip sharks and spinner sharks head south for the winter months, in fact, up to 15,000 sharks were counted off Palm Beach County in one day during a migration two years ago.