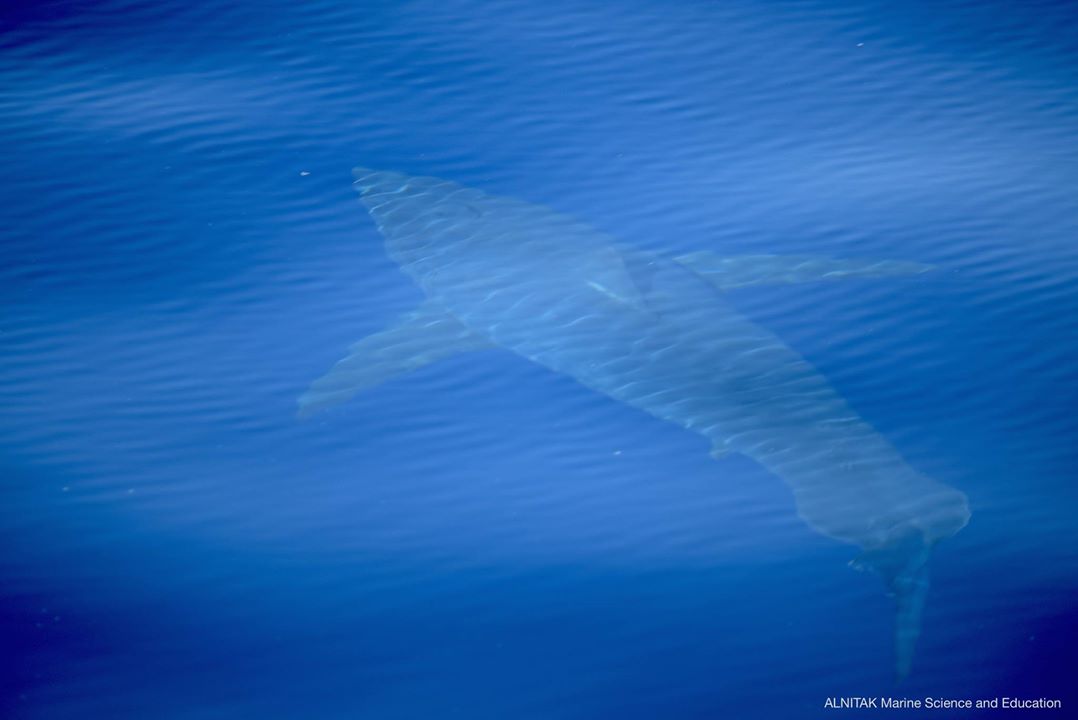 MALLORCA (SPAIN)- Exciting news from the Mediterranean. Marine biologists have photographed a great white shark in Spanish waters off Cabrera, an uninhabited island and nature reserve 11 miles south of Mallorca.

The team of scientists spotted the great white (Carcharodon carcharias), a very rare species in the Mediterranean, for what they say to be the first time in three decades. Actually in 2015 a great white was spotted off the shores of party-town Magaluf in Mallorca, though this was not confirmed. In 2013 watersporters took this video, but the quality is so bad that you can ask yourself if it was real.

The confirmed shark yesterday measured about five metres (16.5ft) in length and was filmed around 10am by the team led by marine biologist Ricardo Sagarminaga van Buiten. The image was later uploaded onto the Facebook page of the Alnitak expedition 2018.

“In recent years there were possible unconfirmed sightings and various rumours, but this is the first scientific observation of the presence of the white shark in Spanish waters for at least 30 years.”

Alnitak, a research and conservation project, said two 16-year-old students had been aboard and were among those who had witnessed the sighting.

It shows that they are still out there, in the cold blue waters of the Mediterranean.

More information on the expedition: https://www.alnitak.org

Read more about great whites in the Mediterranean.