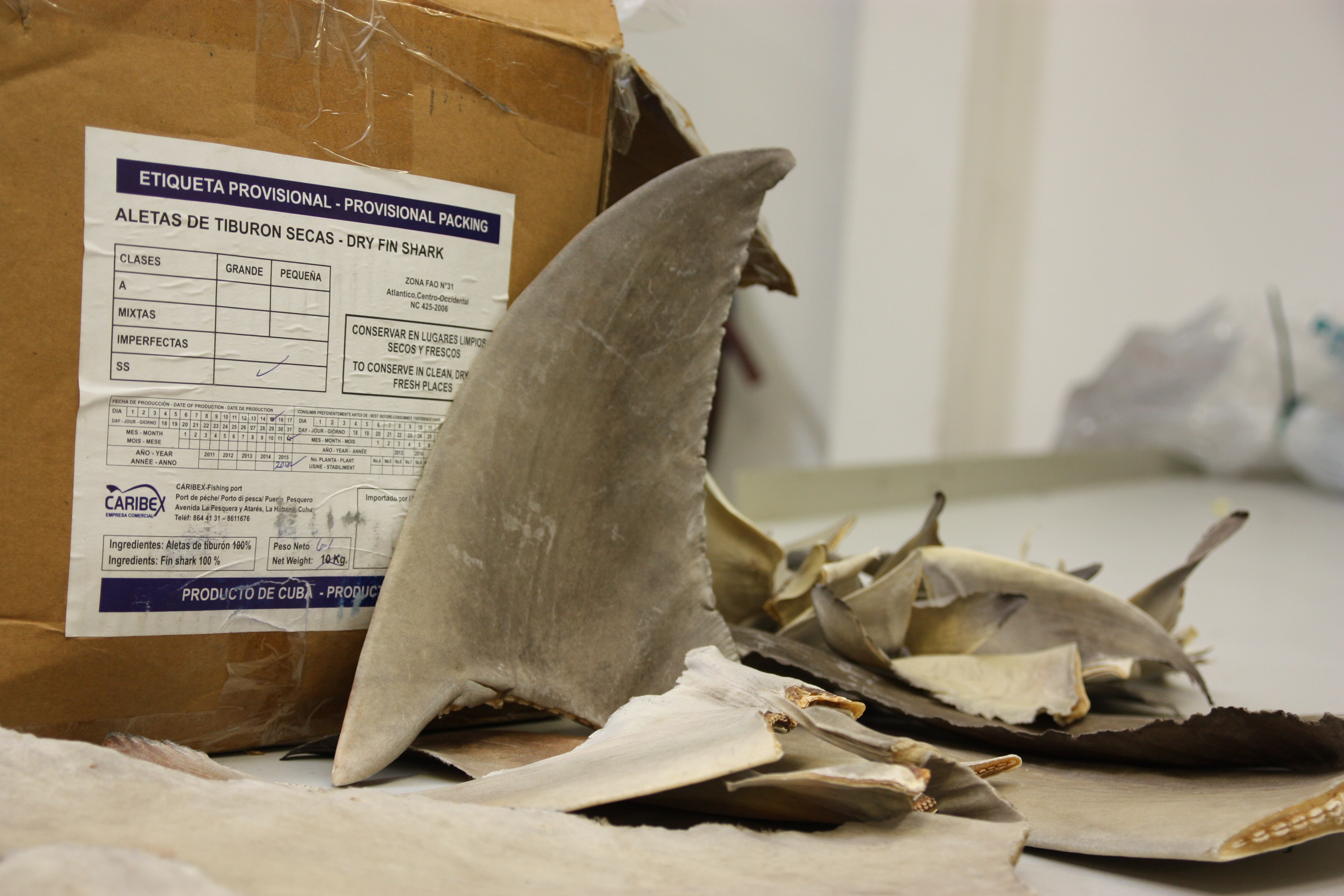 SCHIPHOL AIRPORT (The Netherlands)- Dutch customs officers intercepted a cargo of 217 kilos of dried shark fins on its way from Cuba to Hong Kong. Research shows that the fins are from protected species such as the Silky shark (Carcharhinus falciformis) and Great Hammerhead (Sphyrna mokarran).

These two species are on the CITES-list of protected animals, whichs prohibits trade in these species with exception of special CITES-permits.

The cargo of shark fins was destined for a food processing company in Hong Kong. The CITES Management in Cuba admitted the violation of CITES regulations and is starting a case against the exporting company and a research to find out what fishermen were involved in the catching of the protected sharks.

What happens to the load of dried fins is not yet clear, according to Dutch government. “This is an unique find for the Netherlands”, says export officer Bart Langeveld. “In the 40 years that I have been doing this work I have never before seen such a large cargo of shark fins been intercepted.”