Attacked by a wobbegong? 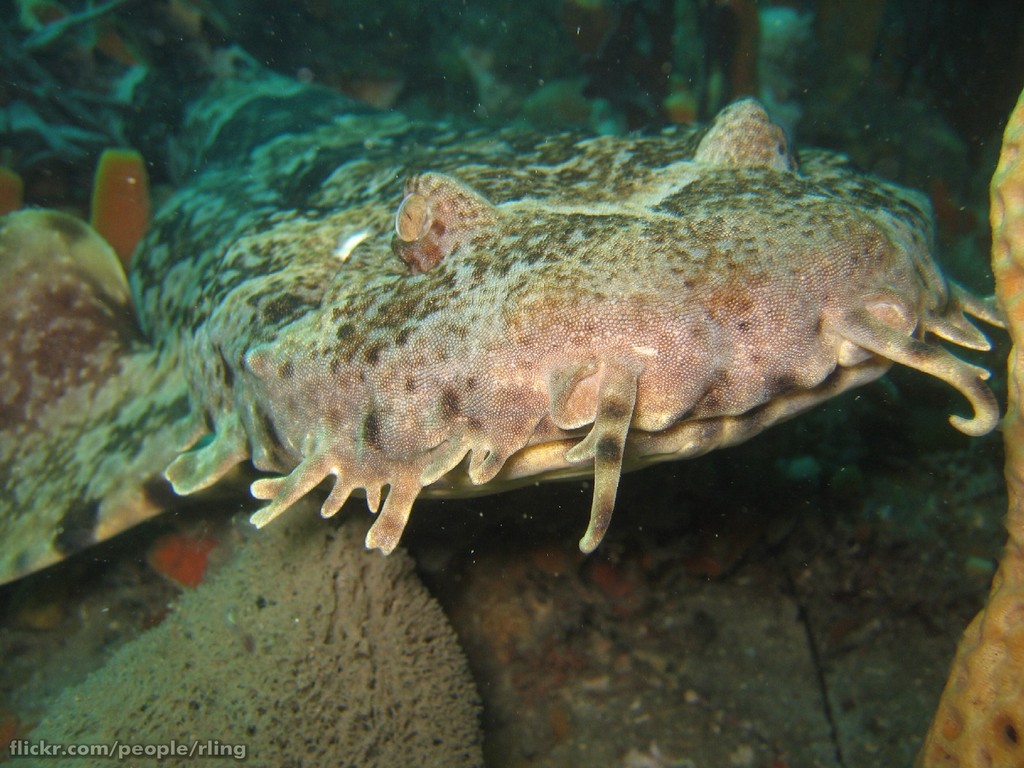 MOLLYMOOK (AUSTRALIA)- A 17-year-old boy was attacked by a shark while spearfishing off Bannisters Point at Mollymook in southeast Australia. The culprit was unsuspected: a wobbegong shark.

The shark was lying on the ocean floor. Locals believe it was most likely a wobbegong, a name given to 12 species of bottom-dwelling carpet sharks in the family Orectolobidae, that are not usually dangerous to humans.

The boy was treated for lacerations to his right hand and fingers. Police are investigating whether the shark was provoked.

The 2015 Stramit NSW Country Surf Life Saving Championships were underway on Mollymook Beach. Authorities were adamant there was no need to cancel the event.

Beaches closed
There have been many shark sightings along the coastline of New South Wales. The beaches around Newcastle are closed for 7 days in a row. A great white named ‘Big Bruce’ is showing himself regularly. Also a shark has been photographed killing a dolphin in the same area.

See the video news at 9 News.

It definitely wasn’t a wobbegong. The boy (Sam Smith) put the video online which he made with his GoPro camera. Probably it was a bronze whaler that bit him.