Why do tiger sharks eat songbirds? 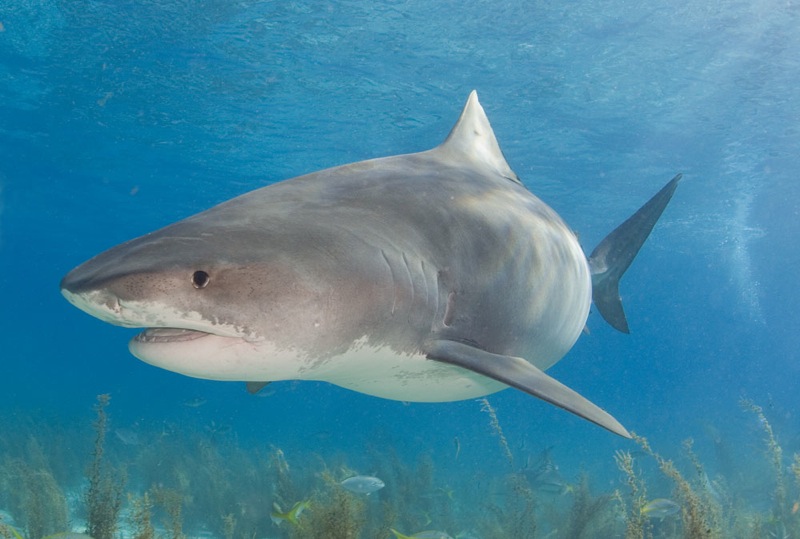 MOBILE (USA)- Woodpeckers, tanagers, wrens and doves. Tiger sharks in the Gulf of Mexico are known to find and eat backyard songbirds that have no business being in the waters of the Gulf of Mexico. How is that possible?

Researcher Marcus Drymon a senior marine scientist at the Dauphin Island Sea Lab and associate professor at the University of South Alabama, is seeking a little help from his friends to find out why.

Crowdfunding
He launched a proposal for a tiger shark study on experiment.com, a crowdfunding web site for scientific studies that have gone unfunded through more traditional sources.

Songbirds at sea
Drymon, who has been studying sharks in the Gulf for more than a decade, first started noticing a large number of bird remains in tiger shark stomachs as far back as 2010, but was surprised to discover that they came from land-based birds like woodpeckers, tanagers, wrens and doves, rather than seagulls or pelicans. There are suggestions as to how and why this is happening, but Drymon said there isn’t enough information to say for sure.

Just finding the feathers in the shark’s stomach doesn’t give you any clue as to the mechanism, says the researcher.

Oil platforms
One theory is that offshore oil and gas platforms in the Gulf may be attracting the terrestrial birds out of their comfort zone. That could lead to more of those land-based birds dropping into the Gulf where they would become an easy meal for a tiger shark, especially if the tiger sharks are able to figure out where large numbers of land-based birds might be falling into their laps.