By: SharkNewz
In: Places to encounter sharks, Shark sightings 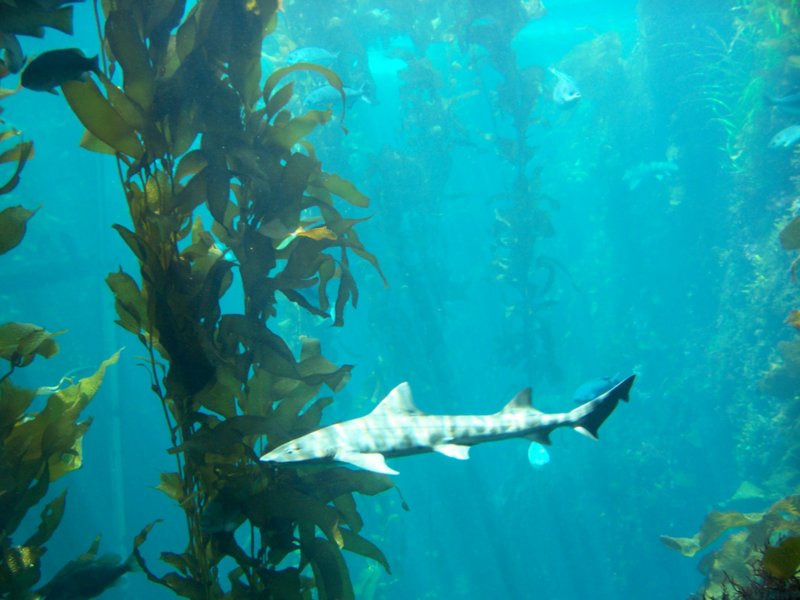 LA JOLLA (USA)- Beyond the breakers of La Jolla Shores Beach it is easy to come face to face with sharks. And not just your average type of sharks. Hundreds of leopard sharks come here in the quiet waters, most of them pregnant females.

The leopard sharks come close to shore from June to early December, peaking between August and September, when hundreds congregate along a small stretch of this beach north of San Diego.

Pregnant females
The sharks are mostly pregnant females and juveniles are rarely seen, so scientists believe they gather here to help with the gestation process.

Submarine canyon
Because of a submarine canyon just offshore, the waves at La Jolla Shores tend to be smaller, which keeps the colder water of the deep from mixing with the warmer water of the shallows. With the small waves and warm water, it becomes a perfect place for the cold-blooded leopard sharks to hang out before giving birth someplace else.

Non-agressive
Leopard sharks are non-agressive and actually a bit timid, darting away whenever there’s a commotion in the water.

Leopard sharks also have small mouths and teeth — they feed on crustaceans, shrimp and bony fish — so even if they did bite, it wouldn’t cause nearly as much damage as some of the larger fish swimming around.

It’s still the ocean, though, so there’s always the chance larger sharks might come in to feed, but attacks on leopard sharks near La Jolla are almost unheard of.