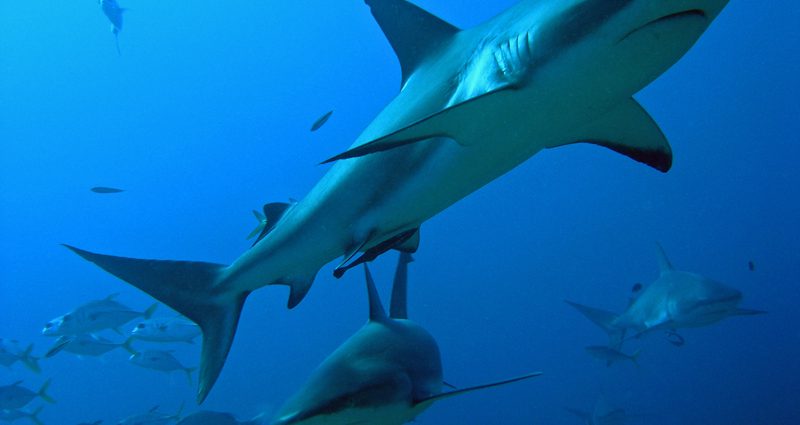 NASSAU (BAHAMAS)- Over the last hundred years, human activity has caused a large increase in metals and metalloids entering the marine environment, posing potential risks to biodiversity and food security. Beneath the Waves evaluated muscle tissues of 36 individual sharks from six species. The research team provides the first account of metal concentrations in sharks sampled in The Bahamas.

The Bahamas are a relatively pristine marine ecosystem where sharks live peacefully in a large marine protected area. Humans rarely consume sharks in The Bahamas. Sharks are apex predators. They naturally bioaccumulate toxins in their bodies from eating other species of fish. The impacts of heavy metals on shark health remain unknown. However, the concentrations of metals present in the study exceed levels considered toxic for human consumption. The study also finds that reef sharks, the more resident species, have higher mercury levels than tiger sharks. According to the study, reef sharks’ mercury levels increased as they matured and grew larger.

A total of 36 individual sharks from six species were evaluated, spanning two regions/study areas, with a focus on the Caribbean reef shark (Carcharhinus perezi), and to a lesser extent the tiger shark (Galeocerdo cuvier). This is due their high relative abundance and ecological significance throughout coastal Bahamian and regional ecosystems. Caribbean reef sharks exhibited some of the highest metal concentrations compared to five other species, and peaks in the concentrations of Pb, Cr, Cu were observed as individuals reached sexual maturity.

Read the full research report on Nature.com.
Read more on Beneath the Waves.