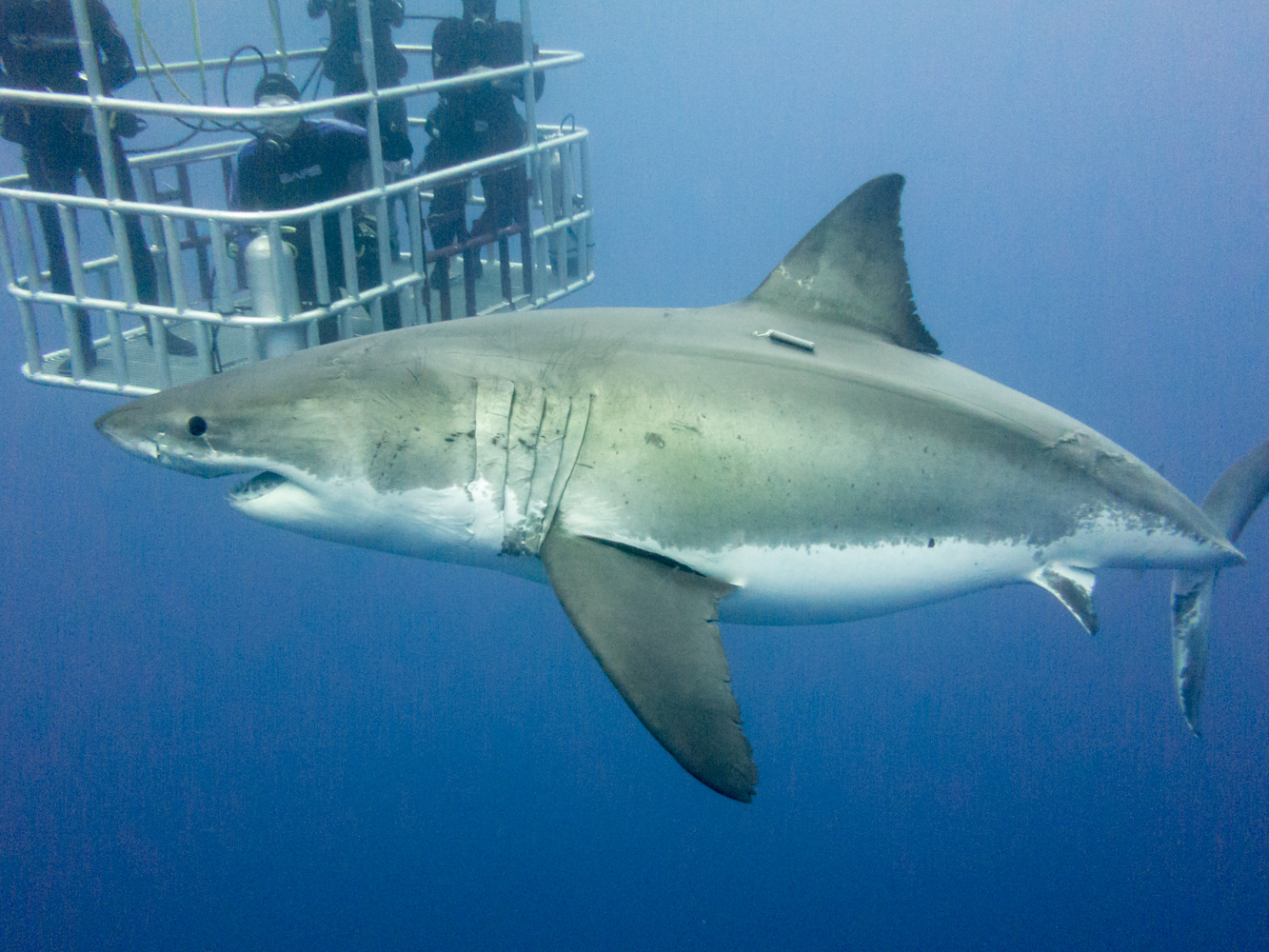 STEWART ISLAND (NEW ZEALAND)- Is shark tourism, where great whites are lured to boats and diver cages, causing danger to beachgoers? The local residents of Stewart Island are fed up with shark dive operators and are calling for them to be barred from continuing the practice.

Atracting great whites is causing danger for other professionals like paua divers, who collect these shells (also known as abalone) in the same waters where the operators are baiting and luring great whites. Also they say that the sharks are being injured by rubbing against the metal cages, and are also being taught through exposure, that humans taste like the tuna they use to lure them to the area.

The operators, so say locals, keep baiting sharks, and disobeying the rules.

Moratorium
Earlier in december, over 130 Stewart Island residents submitted a petition to the Conservation Minister Maggie Barry of New Zealand calling for an end to shark diving. New Zealand’s First Party also issued a press release saying it wants a moratorium on shark diving until more research is done on potential dangers to paua divers.

Shark welfare
“Safety in our waters and the ability of Kiwis to earn a living must not be undermined by tourism operations,” says Spokesperson for Labour and Industrial Relations Clayton Mitchell. “The Department of Conservation has decided to regulate the shark dive operators, in the interests of shark welfare, by issuing permits to the two existing businesses off Stewart Island, but we are concerned that these tourism ventures are putting divers in danger. It appears that more attention is being paid to the welfare of the sharks rather than to the welfare of humans.”

Paua divers
No government department is considering the welfare of Stewart Island residents and paua divers yet many of them have genuine concerns that shark diving may change shark behaviour, according to the party.

“We must seriously consider the possibility that shark dive operations should only be located in areas where Kiwis will not be put at unnecessary risk,” says Mitchell.

Shark operator
One of the island’s two shark cage diving operators, Shark Experience operator Mike Haines, told TVNZ One News that the water belongs to everyone. “We’ve got people staying in motels, hotels and eating establishments on not only Stewart Island but in Bluff and Invercargill. At the end of the day it’s good for the local economy,” he says.

Shark scientist Riley Elliott, says to One News that he believes a moratorium on cage diving is not necessary. “There’s ample science around the world to show us that cage diving can coexist safely with water users.”

See the video with reactions of local residents on the island and the shark operators.