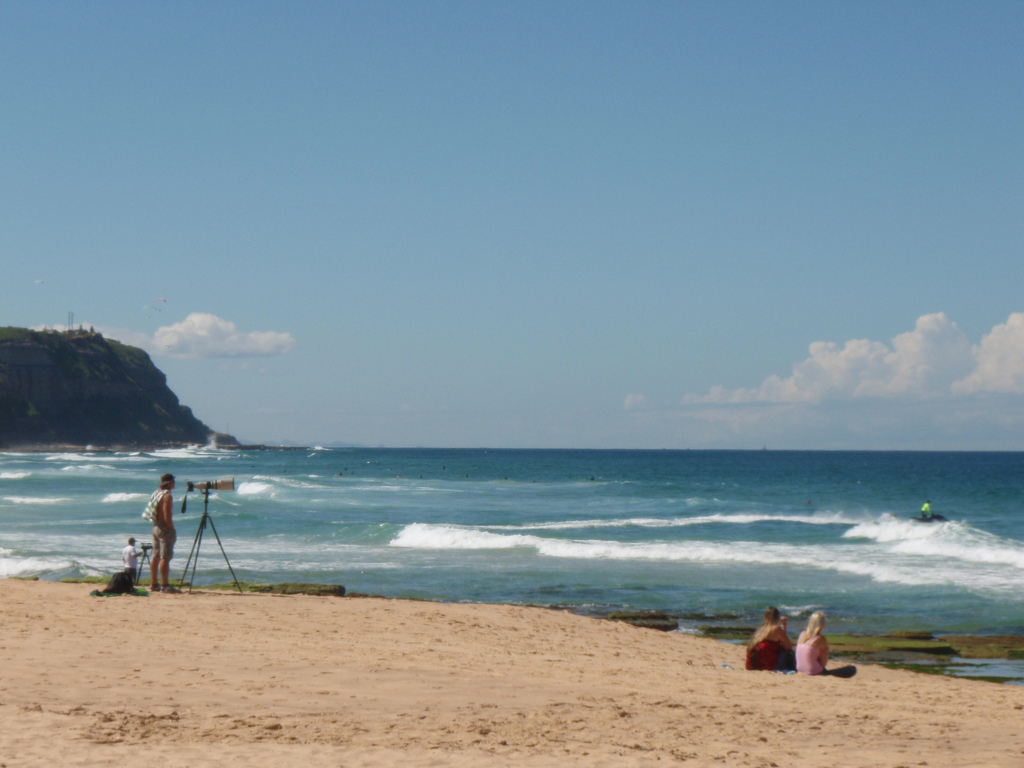 NEWCASTLE (AUSTRALIA)- Yes summer’s here, but a refreshing swim in the ocean is out of the question. For the fourth day in a row the beaches off the Newcastle coast, New South Wales, are closed.

Continued sightings of a five-metre great white shark just offshore keep the beachgoers out of the water. According to the beach inspectors the closure has been the longest in his memory. And people are getting a bit frustrated. While some surfers have found the waves too tempting, most had kept clear of the water since the shark was first seen on Saturday afternoon at Merewether Beach.

The latest sighting at Dudley beach on Tuesday morning could indicate the shark was moving south of Newcastle, reversing its northbound route overnight.

Although a jet ski has been patrolling the beaches, a helicopter was needed to get a good look.The helicopter will be searching for a shadow of the shark close to shore or behind the break.

Increased marine activity and overcast and warm weather are thought to be possible reasons for the shark’s prolonged presence.