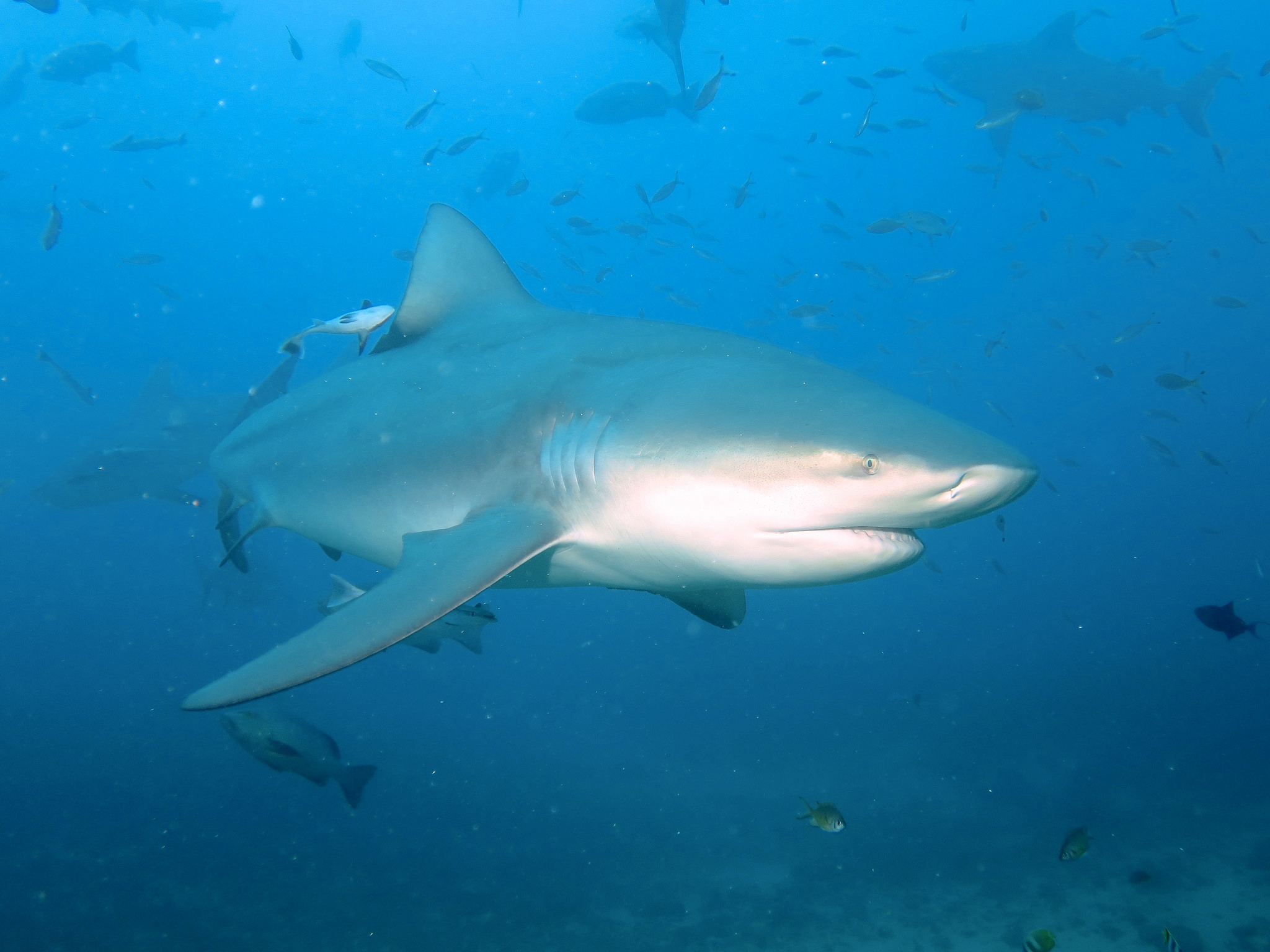 BUXTON (USA)- The waters of the Pamlico Sound are home to more large and potentially dangerous sharks than before, according to research. The waters are possible a new nursing area for bull sharks.

A rise in water temperatures and a thriving habitat with plenty to eat may be persuading bull shark mothers to give birth in the sound west of the Outer Banks rather than in Florida, according to Charles Bangley, a doctoral candidate at East Carolina University who has been researching sharks along that coast. He presented his findings last week in Buxton as part of an educational program sponsored by the National Park Service.

Juvenile bull sharks
Bangley used longline and gill nets to sample in the Pamlico Sound, where he found 36 juvenile bull sharks since 2012. That was a significant spike, he said. By comparison, a study from 1965 to 2011 turned up a total of 113 bull sharks. The fresh-water-loving sharks grow to about 10 feet long and can be dangerous to humans. The mothers feed and give birth near the shoreline where people enjoy the beach.

Great whites
OCEARCH, a nonprofit organization, tags great white sharks that can be followed online as they swim through the seas. At least two great whites, named Katharine and Mary Lee, have visited the Outer Banks. The 14-foot-long Katharine pinged her satellite as recently as Jan. 10 on the far west side of the Pamlico Sound.

Shark attacks are rare though on the Outer Banks.The last fatality was in 2009 when a shark bit a man who was swimming in Corolla. The last nonfatal attack came three years ago when one nipped a woman’s foot while she was wading in the Avon surf.

Around 20 to 40 of the world’s 350 shark species are known to live along North Carolina’s Atlantic coast. The convergence of the Labrador Current and the Gulf Stream attracts a larger number of species, Bangley said.