How do Scalloped hammerheads do it? 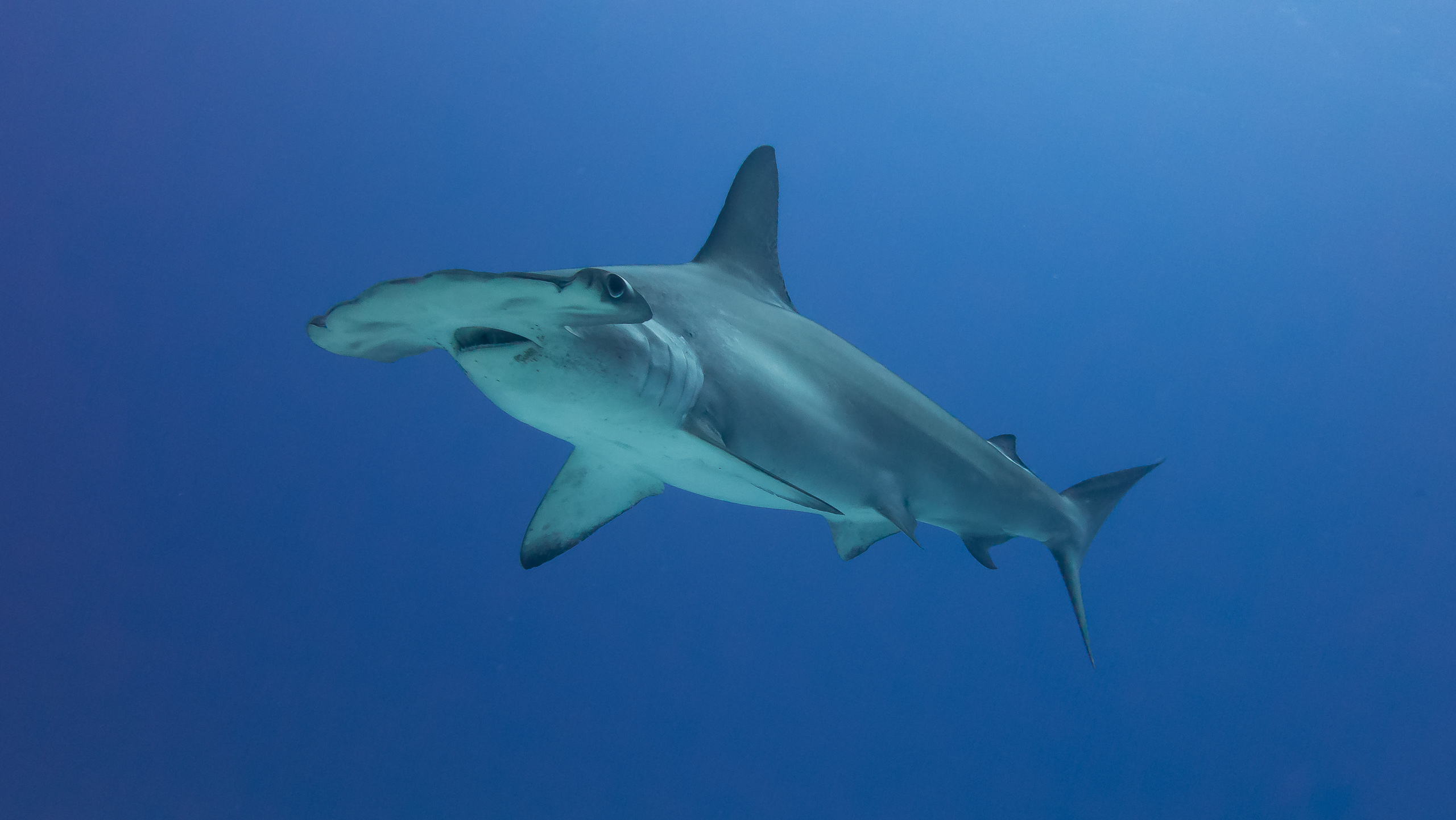 COCOS ISLANDS (Costa Rica)- The endangered scalloped hammerhead shark mates in parts of the ocean where there is a high current. The sharks possibly ‘do it’ there in favor of respiration while they’re at it.

This is one of the conclusions that researchers of the Charles Darwin Research Center of Ecuador found while doing research in the Isla del Coco National Park, Costa Rica, where large schools of hammerhead sharks are frequently encountered.

The detailed analysis of the first complete sequence of a mating event for the endangered scalloped hammerhead shark, Sphyrna lewini is based one mating event recorded.

The mating sequence can be characterized by six steps. First the sharks meet in open water, then there is pre-copulatory biting, followed by grabbing of pectoral fin and copulation. After the highlight the sharks make a free fall, separate and follow.

Based on this single observation the researchers found that only one male appears to be involved in a copulation cycle and that mating took place in a high current zone potentially to favor respiration when both individuals are unable to swim.

This observation highlights the difficulty in observing mating behavior for this species since mating is likely to occur in open waters.