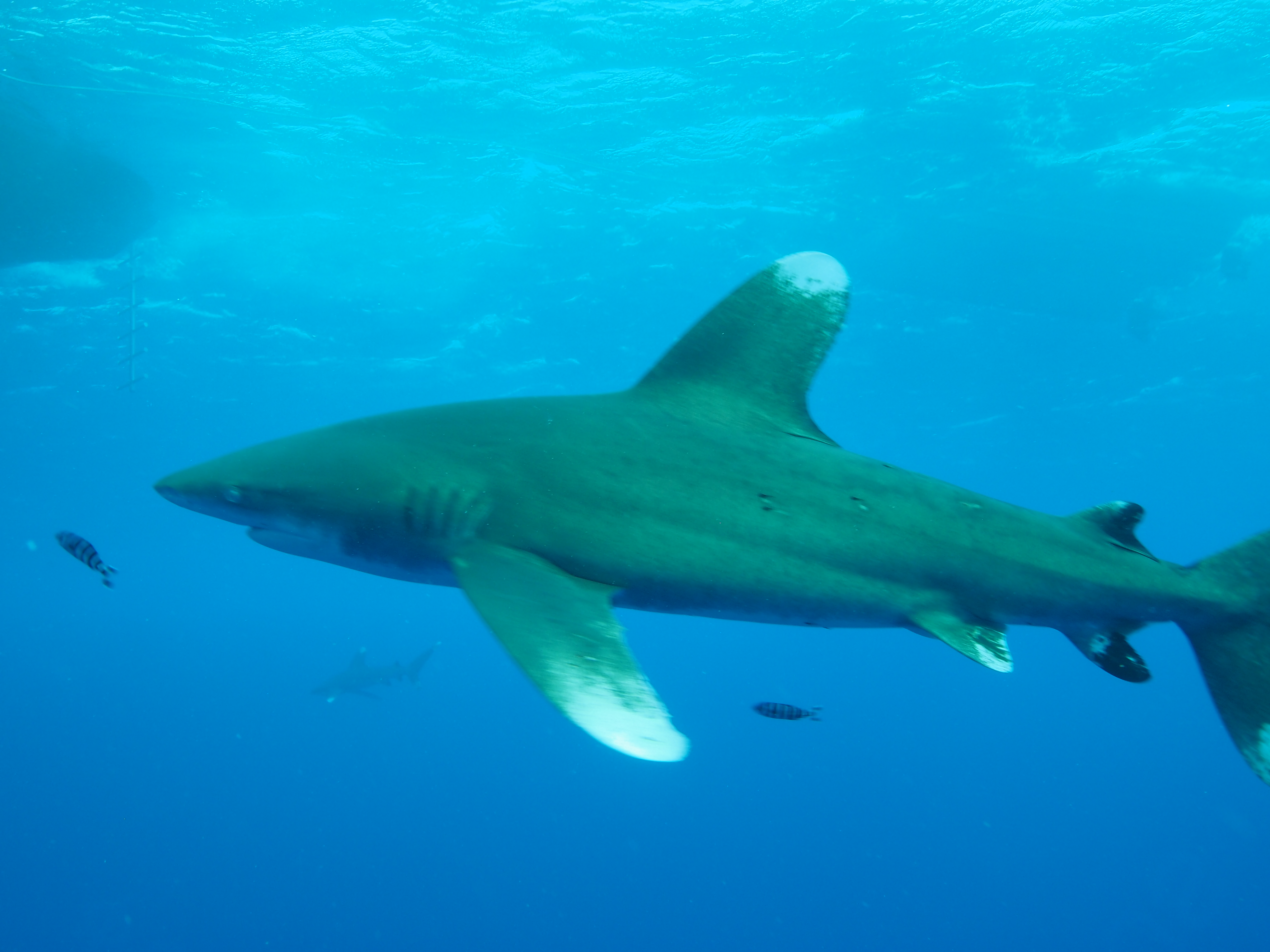 HONOLULU (HAWAII)- Environmental law organization Earthjustice, based in Hawaii, has filed a federal lawsuit this week on behalf of a local conservation group and individuals to enforce protections for Oceanic Whitetip Sharks, a dwindling shark species that has roamed the oceans for millions of years.

It is the second lawsuit in a month that was filed to protect sharks. Last month a Mexican conservation group filed a lawsuit to protect hammerhead sharks.

The lawsuit, filed on behalf of Conservation Council for Hawai‘i and Michael Nakachi, a Native Hawaiian cultural practitioner and owner of a local scuba diving company, aims to force the National Marine Fisheries Service to take long-delayed action to protect Oceanic Whitetip Sharks. For Nakachi, the shark has been his family’s sacred protector for generations.

Oceanic whitetip sharks were historically one of the most abundant sharks in the world’s oceans, but due to both U.S. and international fishing pressure, the population has declined significantly. Scientists estimate that in the Pacific Ocean alone, Oceanic Whitetip Shark populations have declined 80-95% since the mid-1990s. Despite years of data showing that thousands of sharks are still killed as bycatch in Pacific fisheries each year, the Fisheries Service has failed to declare that Pacific Oceanic Whitetip Sharks are overfished. This declaration would trigger protective action by the Western Pacific Regional Fishery Management Council.

“No protections exist to prevent fisheries from capturing Oceanic Whitetip Sharks as bycatch,” said Moana Bjur, Executive Director of the Conservation Council for Hawai’i. “That needs to change if we are to prevent this incredible apex predator from going extinct. That’s why we’re going to court.” Listed as threatened under the Endangered Species Act since 2018, Oceanic Whitetip Sharks are no longer targeted by long-liners in the U.S. or by most commercial fisheries worldwide. However, thousands continue to die each year, because they are accidentally caught in nets, lines, or other gear meant to catch different species — such as tuna and swordfish — in the waters off Hawai‘i and American Samoa. Over the past decade, long-liners operating in the Pacific Ocean have captured an estimated 20,000 Oceanic Whitetip Sharks as bycatch.

“It’s time for the government to stop preventable shark deaths,” said Michael Nakachi. “As a kahu manō (guardian to the shark), I feel a personal responsibility to speak up on this issue, but I believe we all share a duty to ensure the survival of this sacred animal.”

Read more in the press release of Earth Justice.
Want to know more on Oceanic Whitetip Sharks? See this page.