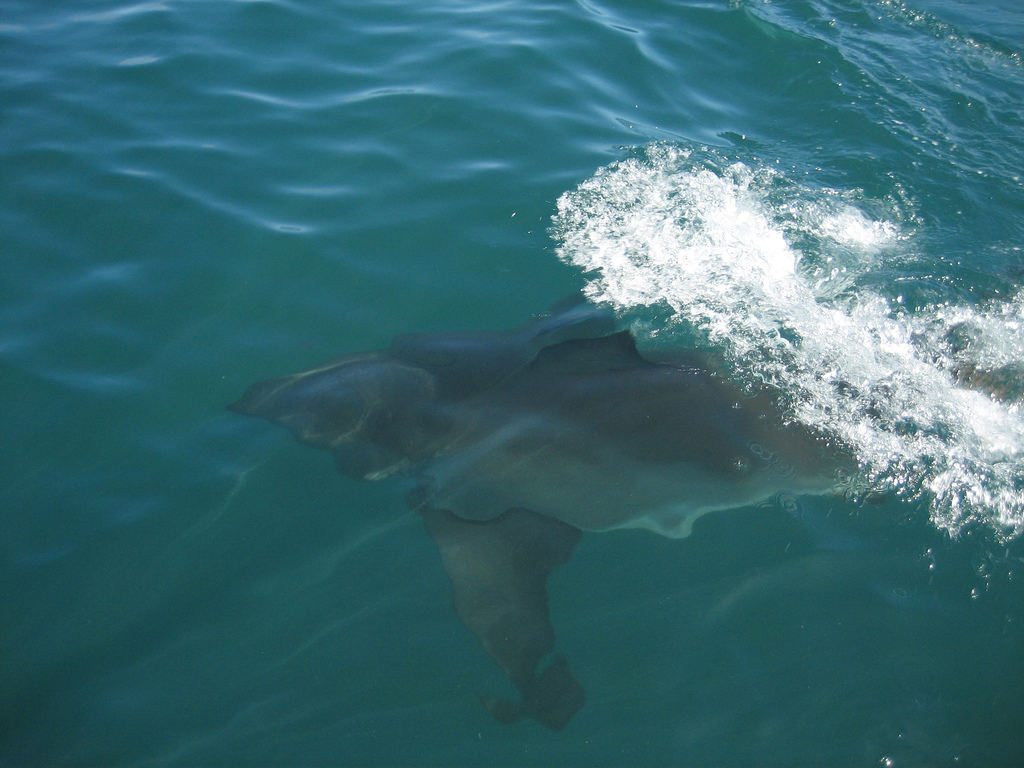 BYRON BAY (AUSTRALIA)- Imagine reeling in what looks to be a great catch and then suddenly get bumped overboard by a great white shark. It happened to a sports fisherman who was fishing tuna near Julian Rocks in Australia’s Byron Bay.

‘This huge shark about 4.5m came launching into the side of the boat and knocked him off his feet into the water,’ says one of the fishermen to local media. The man was attempting to reel in a tuna he had caught near Julian Rocks. The shark was almost as long as the boat the man was fishing from.

A Surf Life Saving media spokesperson was unable to confirm the exact details of the Byron Bay shark attack but told Echonetdaily Byron Bay’s beaches had been closed from around midday on Wednesday for the remainder of the day.

Following a spate of shark attacks on the north coast in the past years, local mayors will attend a meeting with shark experts on March 18 to examine non lethal options for deterring sharks.

Julian Rocks is also a very nice spot to dive. See this video: