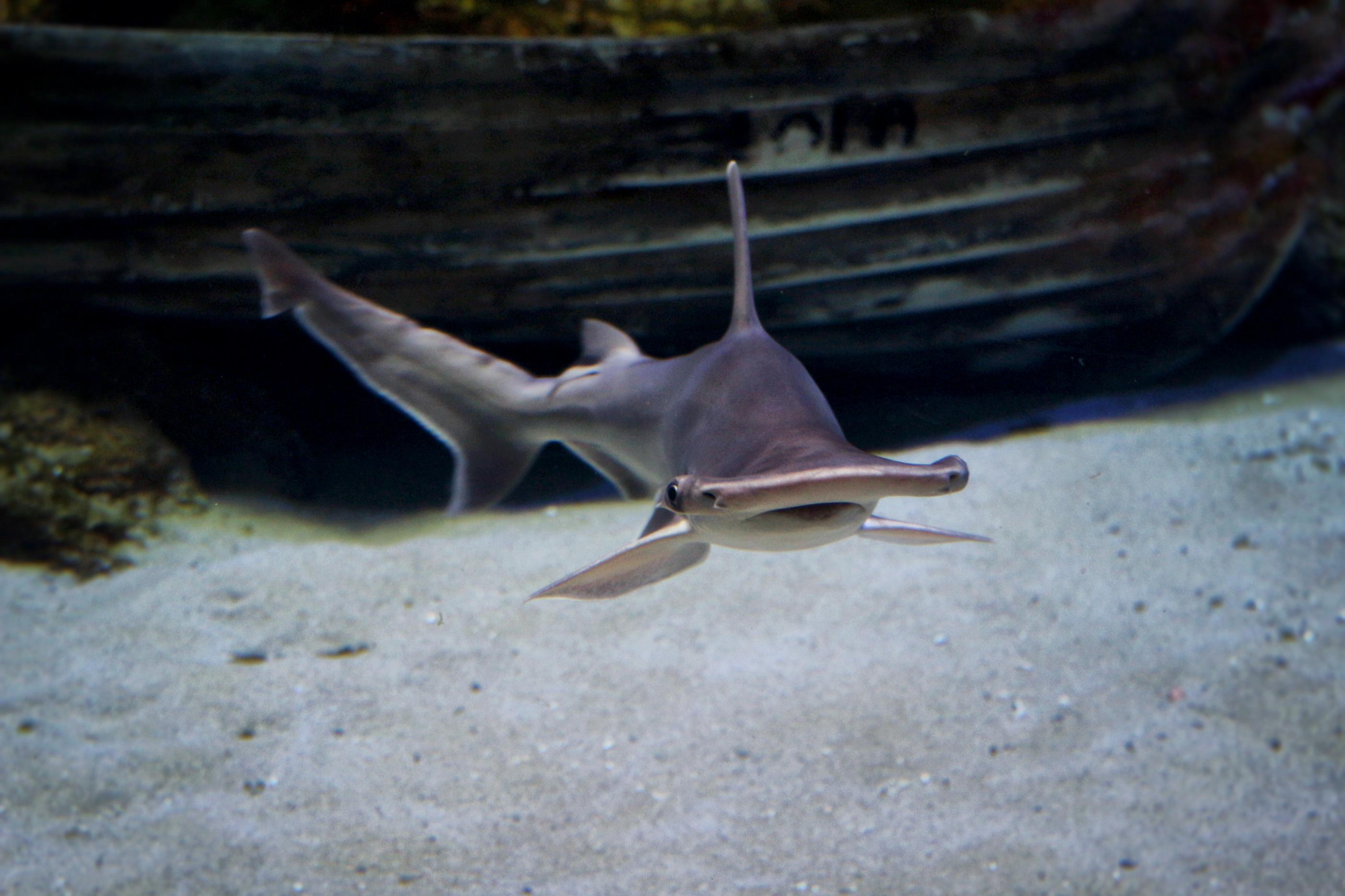 MIAMI (USA)- If you think of sharks you think of apex predators, of hunters and fisheaters. Yet some shark species enjoy their veggies. Like Bonnethead sharks, a small species of hammerhead shark. Thanks to a special enzyme they can digest seagrass and live a flexitarian life.

Bonnethead shark can be found amongst others in the seagrass meadows in the Gulf of Mexico. These small sharks with a face like a shovel, like to snack on shrimp, small crabs, and fish. But when researchers found that half of their stomach contents existed of seagrass they were puzzled. How can sharks digest these vegetables? They don’t have the needed digestive enzymes to break down plant matter.

Researcher Samantha Leigh, a doctoral candidate at the University of California, wanted to know more about this. She captured some sharks in the Florida Keys and brought them to Florida International University’s labs, where they were fed on an almost all-seagrass diet.

It turned out that this shark species is actually flexitarian. When Leigh looked closer, she found a crucial enzyme that helps break down cellulose. This is the first plant-specific digestive enzyme ever found in sharks.

By tracking carbon isotopes, Leigh observed seagrass nutrients being taken into the shark’s bodies. She also examined their feces, and saw that about 50 percent of the plant matter was being digested—roughly the same as sea turtles, some of whom can live exclusively on the same grass.

‘Her’ sharks actually seemed to thrive on a diet of 90 percent seagrass and 10 percent squid, even putting on some weight.