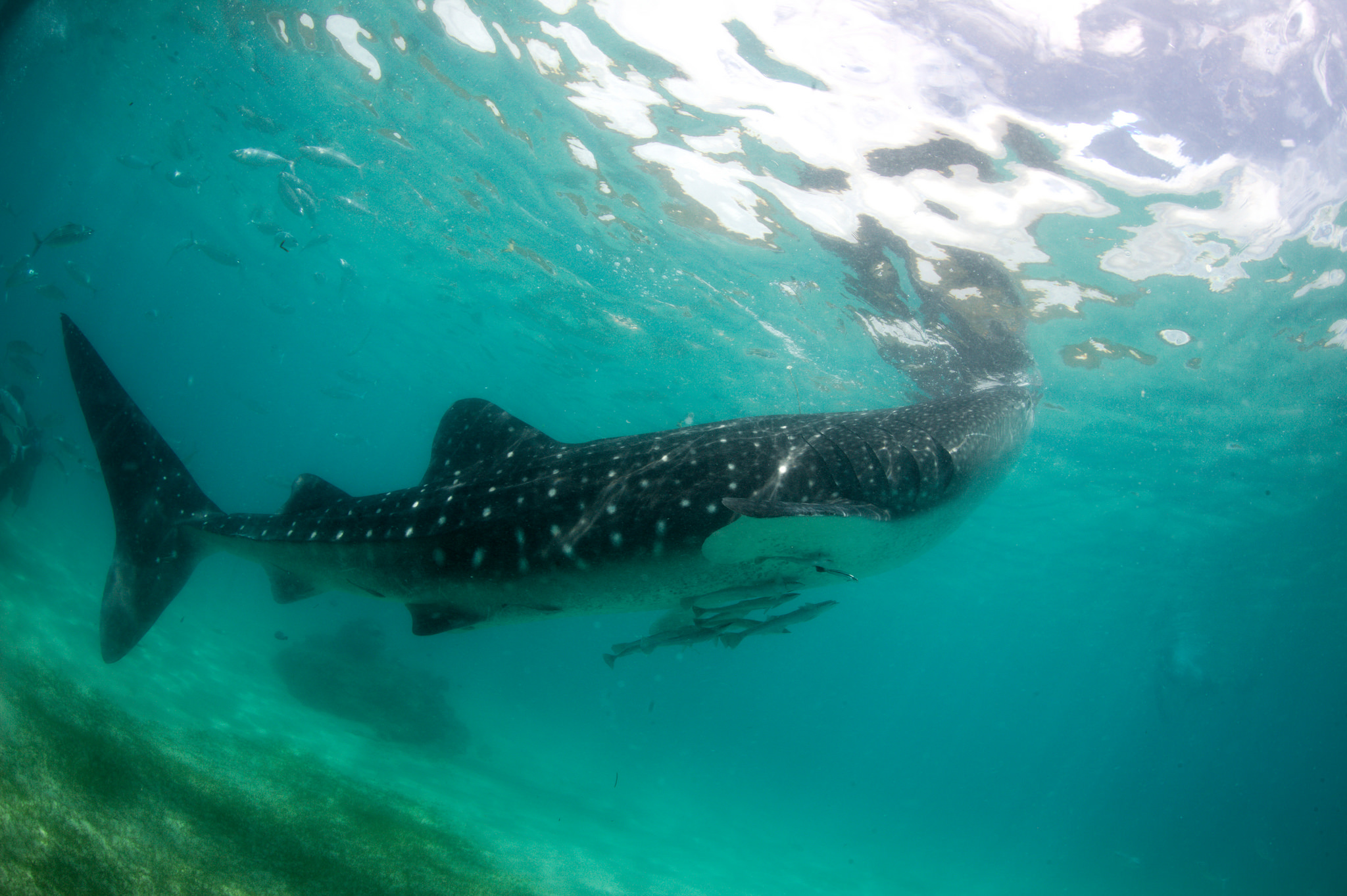 WASHINGTON (USA)—Good news for sharks worldwide. In an unprecedented global call to action, more than 50 countries have agreed to co-sponsor one or more of the proposals to nominate all species of thresher shark, the silky shark, and all species of mobula ray for protection under the Convention on International Trade in Endangered Species of Wild Fauna and Flora (CITES).

April 27th marked the deadline for countries to add their names in support of Appendix II listing proposals submitted earlier this year. Those listings would require that all continuing trade in these species be sustainable.  Co-sponsors include a wide range of countries in Africa, the host region for this year’s CITES Conference of the Parties (CoP17) meeting, along with the European Union and its 28 member nations, and many other countries from all around the world.

“It’s clear that  CITES member governments have again put a priority on  protecting  shark and ray species that continue to be threatened with extinction because of  widespread, unsustainable international trade in fins and gills,” said Luke Warwick, director of The Pew Charitable Trusts’ global shark conservation campaign. “The global support we are witnessing far surpasses that seen for previous Appendix II listings proposals and confirms the key role that CITES now plays in protecting the world’s sharks and rays.” CITES is recognized globally as one of the most effective and best-enforced international conservation agreements. It provides protection to more than 30,000 species around the world and has been instrumental in preventing the extinction of many plants and animals.  Votes on the proposed listings for thresher and silky sharks and mobula rays will take place at the CITES meeting in Johannesburg in September.

In recent decades, silky and thresher shark populations have declined more than 70 percent, while mobula rays have suffered similar reductions. That qualifies each for listing on CITES Appendix II. The declines have been driven largely by the international demand for fins and gills.

Before the last CITES conference four years ago, the international trade of sharks and shark products was essentially unregulated. That meeting produced landmark Appendix II listings for five species of sharks and all manta rays, meaning that for the first time, countries had to prove that any catch of these species was sustainable before engaging in trade. The 2013 listings have helped protect and better manage these species globally; however, that translates into regulation of only about 10 percent of the global shark fin trade. Many types of sharks and rays are listed as threatened on the International Union for Conservation of Nature (IUCN) Red List of Threatened Species, though they do not have adequate protection from unsustainable catch and trade.

Recognizing the value and importance of healthy shark and ray populations to their marine ecosystems and national economies, the governments of Sri Lanka, the Maldives, and Fiji are seeking to build on the momentum created by the 2013 listings. In January, Sri Lanka submitted a proposal to protect three species of thresher sharks, the Maldives submitted one for silky sharks, and Fiji submitted one for all species of mobula ray.  The proposals have received strong support from governments around the world.

“With more than 100 million sharks killed every year around the world, and 25 percent of all shark and ray species now assessed by the IUCN as threatened with extinction, we as a global community need to act urgently to help the most vulnerable populations,” said Abdulla Naseer, Ph.D., senior policy executive for the Maldives’ Ministry of Environment and Energy.

The implementation of the 2013 shark and ray listings has been widely hailed as a success. Dozens of governments all over the world have put domestic measures in place, and many have hosted training workshops for fisheries, customs, and environment officials on how best to create full protections or sustainable export limits, as well as the customs checks needed to prevent illegal trade.

“Numerous capacity development workshops have taken place to provide governments with the necessary information and tools to regulate the global shark fin and mobulid gill plate trade,” said Sumith Pilapitiya, Ph.D., director general of Sri Lanka’s Department of Wildlife Conservation. “To prepare for the new CITES listings, which will be adopted at CoP17, updated identification and training tools have been made available for countries to use once again.”

Eleni Tokaduadua, principal environment officer for Fiji’s Environment Ministry, said leaders around the world recognize the need for action.   “Key governments from each continent, whether they have established shark sanctuaries or still record large shark and ray landings, have noted population declines,’’ Tokaduadua said. “They have chosen to add their support to these proposals to grant global protections and ensure only sustainable trade continues for these species that have been targeted by largely unmanaged fisheries.”

Said Warwick, “The rest of the world now has the opportunity to give these species the protections they need and list them on Appendix II of CITES, an act that could make the difference between extinction and recovery.”