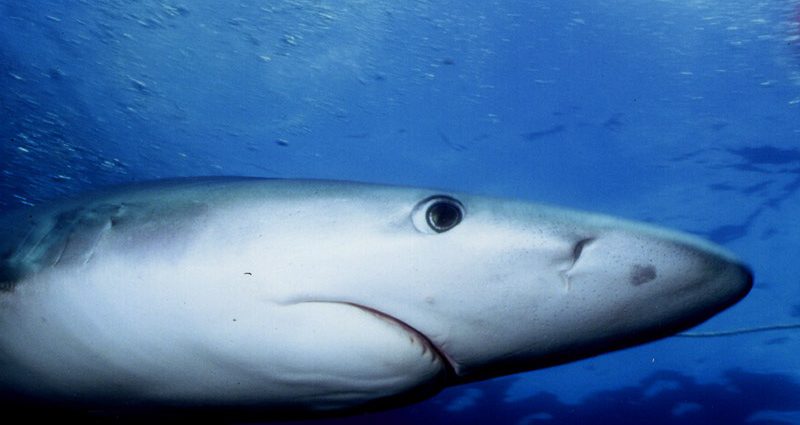 LA SAVINA (SPAIN)- The waters of the harbor of the village of La Savina on the Mediterranean island Formentera, were visited by an almost 2m large blue shark this week. One diver entered the cold January waters to try to get a hook out of the mouth of the shark.

The neighbors who were in the port of La Savina saw to their surprise a big shark swimming peacefully next to the docks. According to experts, the shark was would have been confused the night before when entering in search of food, probably squid or cuttlefish, common in port waters.

One of the people in the harbor was biologist and National Geographic explorer Manu San Félix, who runs the Vellmari diving center. He did not hesitate to jump into the water to photograph the shark and found that it was carrying a hook that apparently did not bother him.

San Félix told the Diario de Ibiza that the presence of the shark had nothing to do with his wound but rather with the characteristics of the port of La Savina: “For these animals it is not a port but a cove with little water in which to look for food. Everyone knows that there are squid, cuttlefish and even a school of espet (Sphyraena sphyraena). ‘ As squid and cuttlefish are the shark’s favorite foods, everything indicates that she entered the port to eat.